Catch up on all the news, gossip, commentary, pictures and videos from the world of football.

The Premiership football season has now begun and what better way to keep up with the teams, the starts, the new players, gossip, pictures and commentary than with this round-up of the top football sites – a football fan’s essential online guide to the beautiful game. 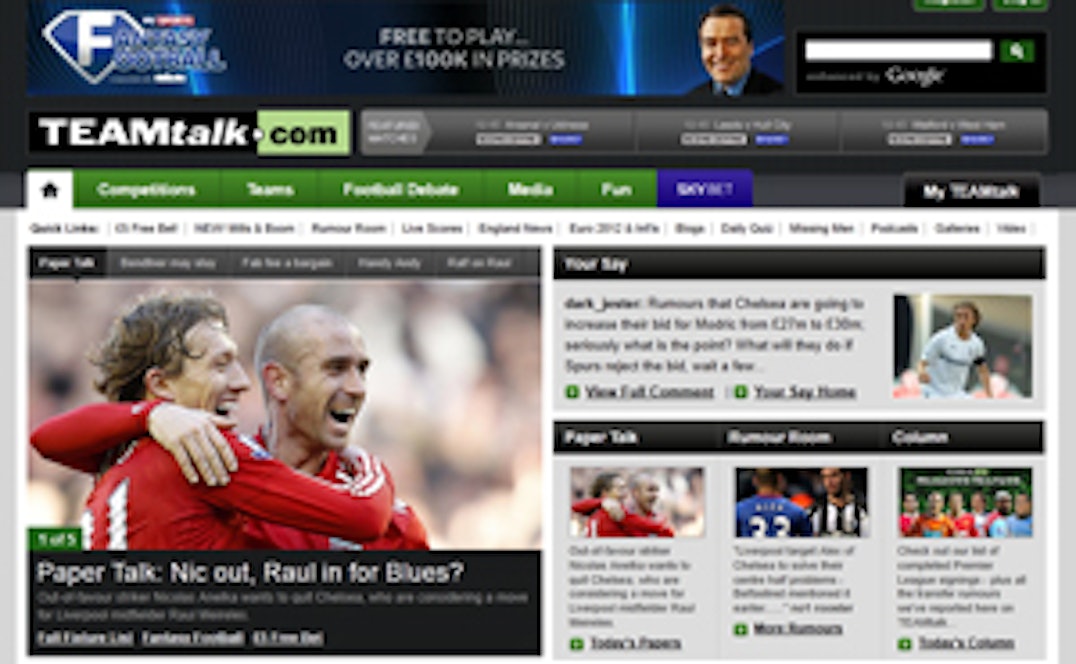 An excellent site for club-specific news, gossip and debate. Professional bloggers offer opinions on the hot topics; the "Your Say" section provides a well-edited forum for fans' debate. Polls and podcasts complete the package. 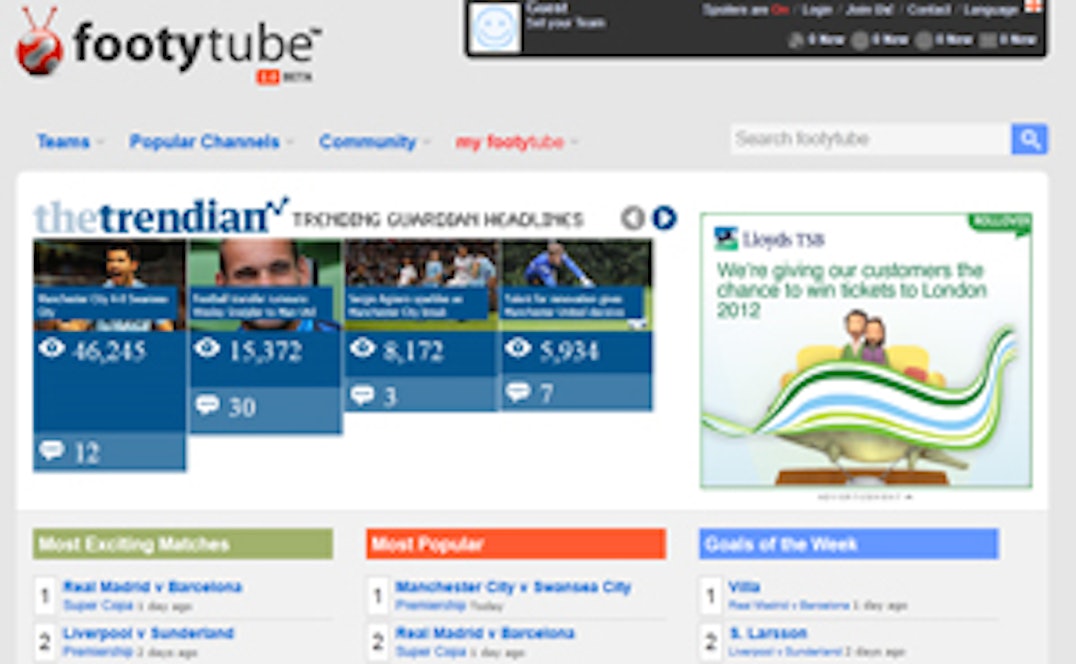 The best site for catching up on the highlights when you miss Match Of The Day. It features action from around the world so you can do your own player scouting and watch highlights of Messi et al. Also includes blogs and forums for the global football community. 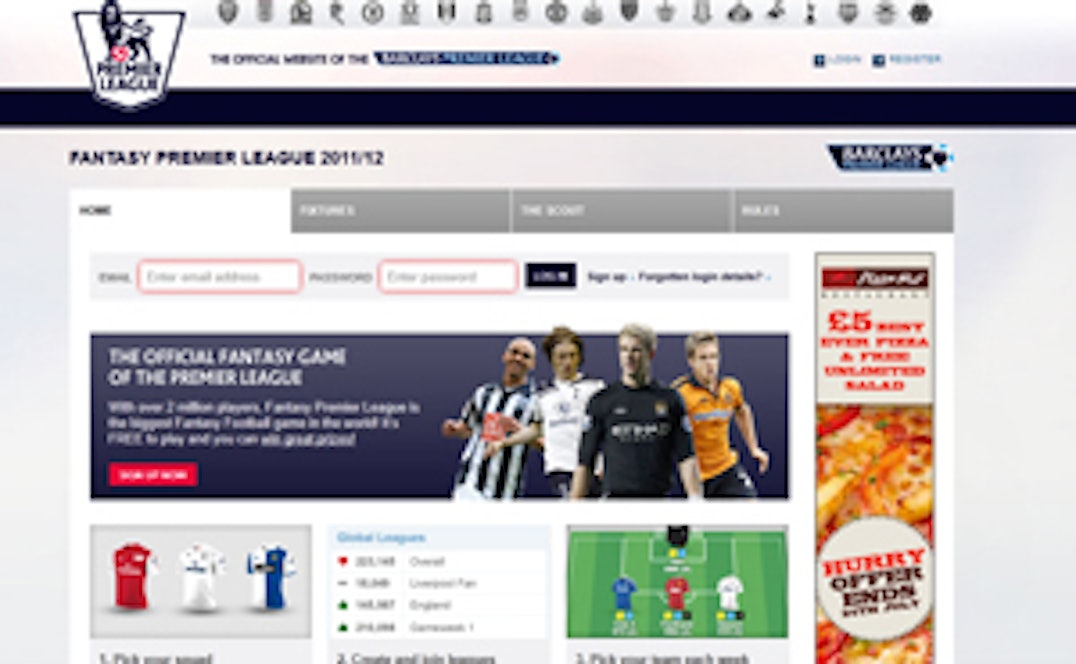 There are lots of fantasy football games - every newspaper does one - but this, run by the league itself, is the most clear and user-friendly, and with a scoring and value system that reflects reality more accurately than the others. Complete your own team of players to make points for you based on their actual weekly performances in the English and Scottish Premier Leagues. 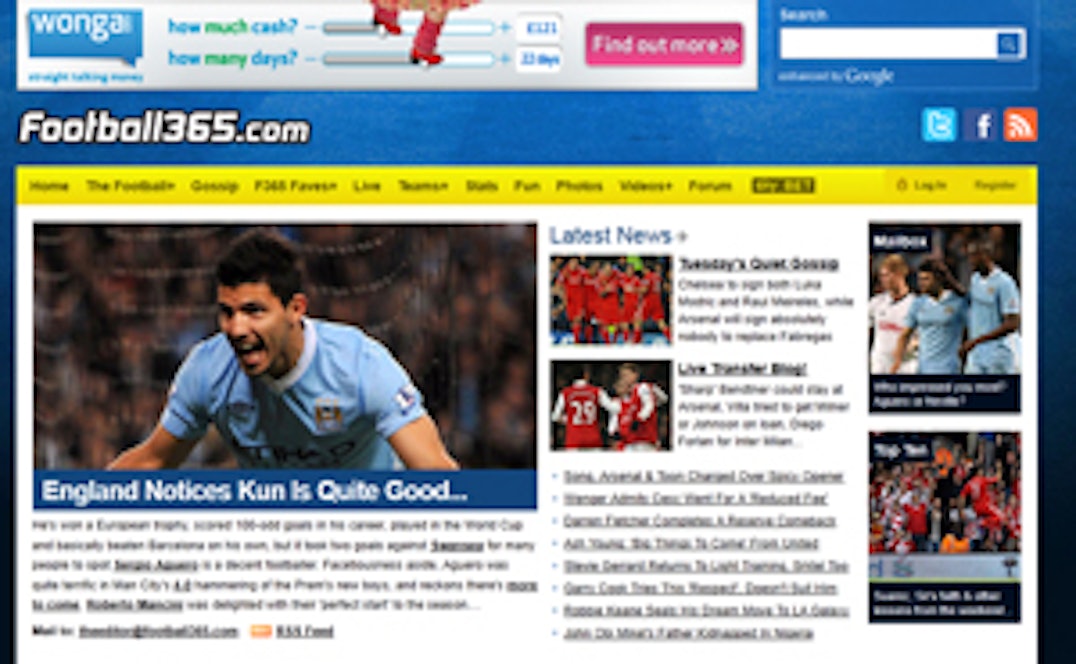 This slick site covers the Premier League as well as other European leagues and cups, taking an informal and humourous approach to the latest football news. Its forum is more popular than the main site itself. 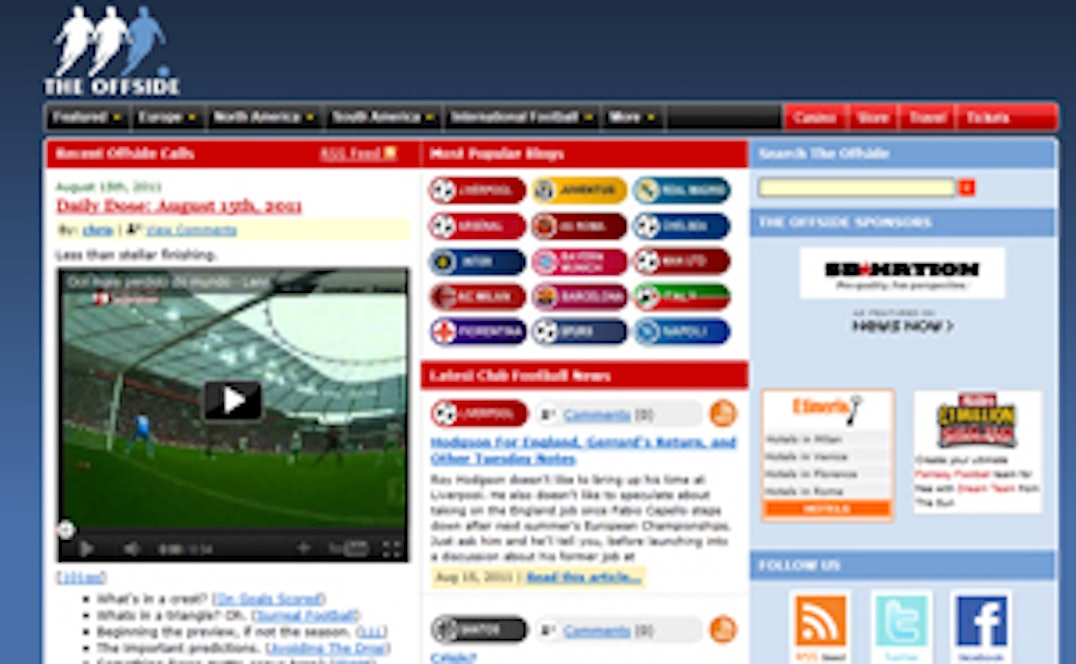 This site provides extensive coverage of footballing matter, including in-depth features, videos and palpable excitement. There's so much here you'd better clear a few hours of the day to keep up with it all. 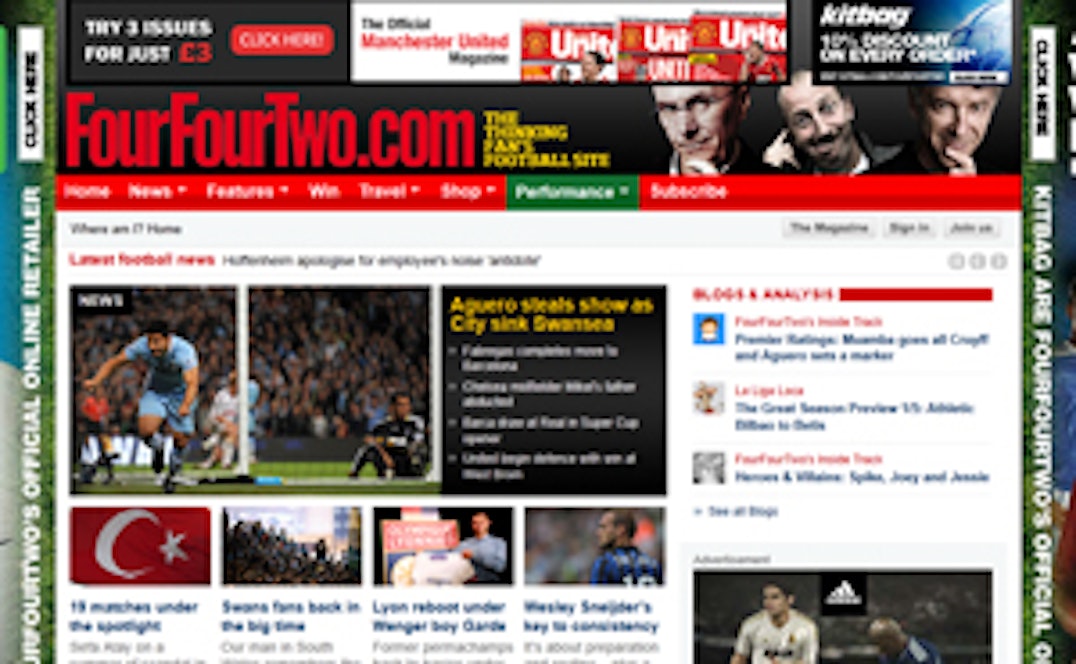 The website of the famous magazine, this styles itself as the "thinking man's football site." That's a bit of a wild exaggeration but there's all sorts here, from involved and entertaining features to exclusive interviews. One of the best sites for the committed football fan.

SOME PEOPLE ARE ON THE PITCH
www.spaotp.com 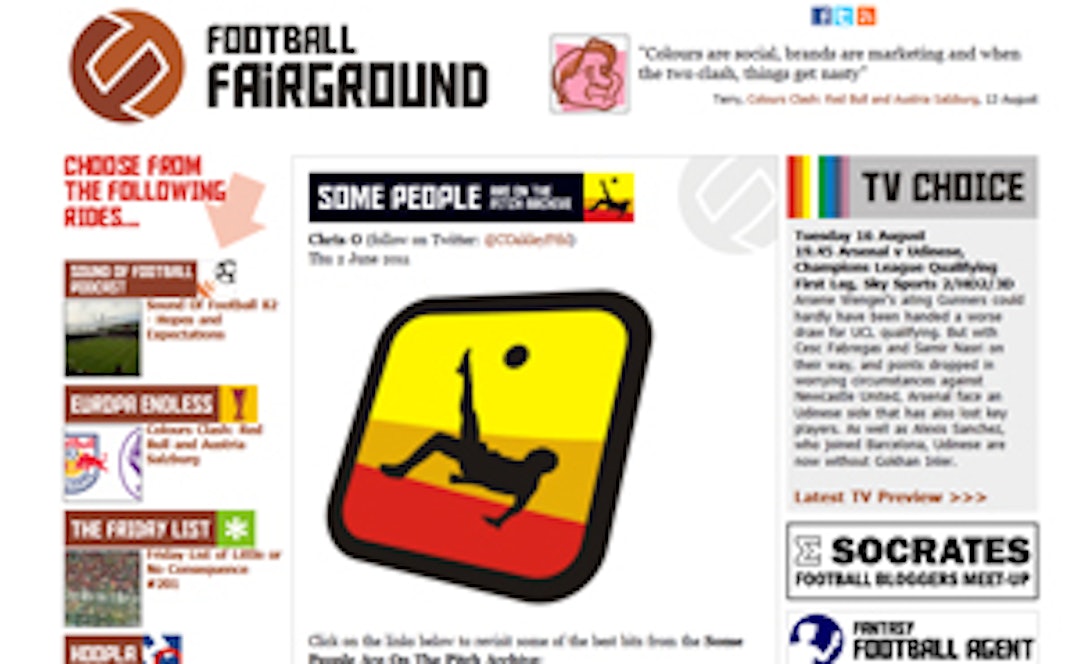 With a name referencing Kenneth Wolstenholme's famous 1966 commentary this site is bright and friendly, full of the sort of trivia that will keep you in pub chat for aeons. Don’t miss The Friday List of Little or No Consequence, covering things such as ‘the 13 biggest victories from the opening round of fixtures per season in premier league history.’ 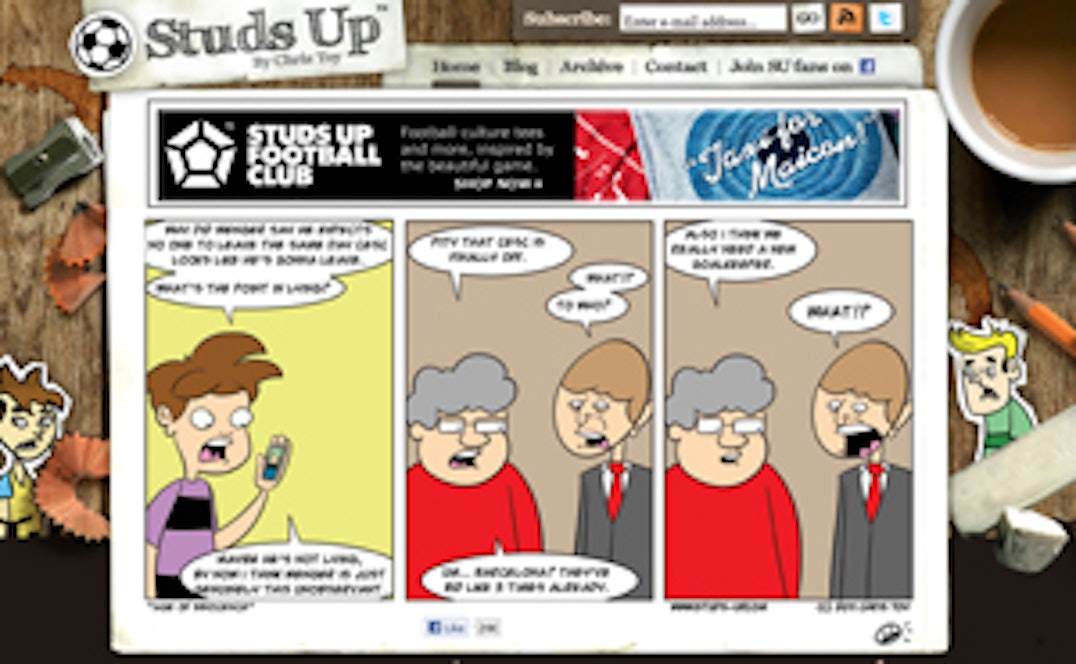 When you get bored of all the chatter and stats, take a look at this site, which features beautifully illustrated cartoons mocking modern football and footballers, from Wayne Rooney’s hair implants to David Beckham’s skimpy underwear.