The little squares that give a glimpse inside the exquisite world created by Sir John Soane.

Museums have taken a big hit this year, required variously to firmly close their doors, or to schedule their visitors with military precision. Smaller museums have been hit even harder than the great behemoths, with little to no commercial income to survive on. Precluded from visiting such glorious repositories – whether in the normal fashion or at all – we are, then, the more grateful to those that have generously kept up their Instagram presence, so that we may feel inspired – from a distance at least.


Sir John Soane’s museum is one exquisite example. The smallest of the National Museums, it occupies numbers 12, 13 and 14 Lincoln’s Inn Fields in Holborn. No visitor could fail to spot it; the addition of its exterior Portland stone façade marks it out gloriously from the plain brick of the rest of the square. And if the portico flags that something special lies behind, then the reality lives spectacularly up to the promise.


For what is now a museum was once the home of the most innovative British architect of the 19th-century: Sir John Soane (1753-1837). Having bought the trio of houses in stages, he set about ingeniously remodelling and rebuilding them for three singular purposes: to make use of the light and space while experimenting with classical forms; to accommodate the thousands of works of art that he collected in his lifetime; and, later on, to open his house as a museum to students of architecture. It was, in its own spectacular way, an extension of his role as Professor of Architecture at the Royal Academy, to which he’d been appointed in 1806.


And yet Sir John Soane, as evidenced in the sheer genius of the Dome Area, Colonnade and Museum Corridor, was a great deal more than an eccentric with the wealth and taste to amass important collections. He was also the visionary pre-eminent architect of the Regency. Appointed as the official architect to the Bank of England, it is also his concept that we see made flesh at the extraordinarily beautiful Dulwich Picture Gallery. And techniques that he applied to his public buildings are seen in his home, this time on a more domestic scale.


The showstopping set pieces within the house are, for example, top-lit, just like the banking halls at the Bank of England are. Similarly, the ‘moveable planes’ on the walls he installed in his picture gallery – which slide in and out – allowed him to some accommodate three times as many artworks as would have been possible without them.


The collection is eclectic, exceptional and inspired in large part by the Grand Tour of Europe he took as a young man. The son of a bricklayer, Soane was awarded the life-changing Royal Academy’s prestigious Gold Medal for Architecture, which came with a bursary, funded by King George III, to travel to Rome, Paestum and Pompeii; it was a trip that informed his enduring interest in classical art and architecture.


At his house, visitors can today view treasures from ancient Egyptian antiquities; to Roman sculptures; models of contemporary buildings; and even the sarcophagus of the Egyptian pharaoh, Seti I. That these are available to see at all is thanks to Sir John Soane himself and his insistence on and negotiation of an Act of Parliament in 1833 to preserve his house and collections exactly as they were when he died.


This year, however, we have been contenting ourselves with the curious and inspiring squares that the @soanemuseum’s brilliant staff have been dedicatedly posting, whisking us away into a dreamworld created by this visionary of the 19th-century. We’ve revelled in Canalettos and the prodigious collection of Hogarths; we’ve relished the sight of its sweeping cantilever staircase; and we’ve dreamt of communing with classical sculptures – as one day we shall again. Right now, though, @soanemuseum, for allowing us to escape into your sublime world for a few minutes a day: you’re our hero. 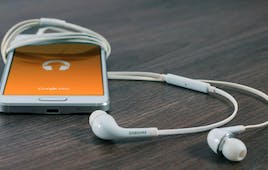 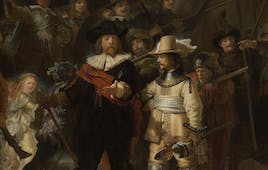