The model-turned-nutritionist gets our post lockdown diets deliciously back on track.

There was a time when Rosemary Ferguson’s name was best known for being one of a clutch of grungy, ‘heroin-chic’ models, uttered in the same breath as Kate Moss and Emma Balfour. Some things don’t change; she’s still best friends with Moss (her daughters were even bridesmaids at her wedding) and, now married to superstar artist Jake Chapman, life continues to revolve around a cast of stellar characters.

SMOKEY BUTTER BEANS with LEMON QUINOA serves 4 800g butter beans drained and rinsed 2 tbsp smoked paprika 2 garlic cloves minced 3 tbsp of tomato puree 1 onion diced 2 lemon olive oil Salt Pepper 100g quinoa handful of almonds 1 small bunch of parsley Method: In a pan of boiling water add the quinoa and cook for about 10 minutes, so it still has some bite. Drain, rinse and transfer to a dish, add the parsley, lemon, almonds and a little olive oil. Season. For the beans - add some oil to a pan and heat. Next add the garlic and onion to the pan until browned. Add the paprika and coat everything evenly. Next add the tomato puree and butter beans - stir through and heat through for 5 minutes. Squeeze in the lemon and season. Plate up ????


Other things change immeasurably, however; long gone are the hellraising hedonistic 1990s days of being a top model in New York (although she does believe in balance, so expect her to still have the odd night on the tiles). Also, one imagines, she’s come a long way from the time when, as a teenager, she was discovered by the late and legendary Corinne Day – one of the hottest names in fashion photography back then – in a McDonalds. We very much doubt, however, that she’s been seen inside one of Ronalds McD’s establishments for many a year.

For, since those days, she’s moved to the Cotswolds, trained as a nutritionist and garnered a legion of Insta fans (check out her feed here). And while for some, the idea of taking healthy eating tips from a model – which is to say, someone who is, we presume, naturally blessed in the physique department – might seem to jar, Rosemary Ferguson’s Instagram feed is so friendly, encouraging and empathetic, that the idea of her as an unrelatable glamazon soon melts away. Especially in those moments when her kids troll her as she’s trying to do live videos. So far, then, so normal.

As the recipes/ingredients list was so popular I’ve created another with more spring flavours. I've got 7 delicious recipes I’ll be sharing tomorrow on my instagram grid/highlights - also on my website. As before all recipes will feed 4 people, the produce is easily available (i hope), full of fibre, particularly focused with key skin nutrients, immune supporting, gut supporting, rich in an array of vitamins and minerals ????


We love her approach, which is to make small changes that aren’t prohibitive to having a good time. She’s a believer in ‘resets’ just to help get you back on track, but in the longer term, she prefers making manageable changes that are beneficial to wellbeing rather than punitive, restrictive regimens that never last more than a few weeks (if you’re lucky). As such, she has both a five-day plan and a fourteen-day plan, but moreover, she is an advocate for the idea of gradual positive change.

Our immune systems are truly amazing. Every day they have to keep constant vigilance for foreign pathogens in the body and on occasions at the drop of a hat they must identify and respond correctly to any of the countless enemy microbes that may be trying to invade! They have to distinguish between what is good and what is bad in our bodies and kill what doesn’t belong but being careful to leave behind what does. Split into 2 halves really, the first part of your immune system is the defences you were born with. These form before birth and are what are known as the innate system, the innate system spreads all over your body, through your blood, cells, and organs. The second part of your immune system is known as immunity and it develops as you age - once you’ve been introduced to a pathogen (bacteria, illness etc.) Your ‘immunity’ gives you protection against specific pathogens but both systems work together to attempt organisms from entering and causing damage within the body. These immune mechanisms also help eliminate abnormal cells of the body that can develop into chronic disease like cancer for example. Your body puts up a good fight for any pathogens looking to invade; our immune cells if strong are typically quite brilliant at recognising altered or foreign cells and then swiftly getting rid of them. Your skin and mucous membranes are the first line of defence but if anything does manage to get past them then pathogens will be met by white blood cells, white blood cells are found in your bloodstream and are a collection of different cells that work together to destroy and engulf bacteria, viruses etc. This mechanism that the body uses to protect itself against disease and infections is known as the immune response. Every day in our busy lives were surrounded by viruses, bacteria, pathogens, and our wellness and overall health really depends on having a system that’s well enough to fight off these forms of infection. A person with a healthy immune system that may rarely get sick is protected by several lines of defence that include physical barriers, cells that secrete proteins to destroy pathogens, and strong fit cells that ingest pathogens


She’s already done an immune system series on Insta, and is now addressing the extra pounds many people are emerging from lockdown with (all that banana bread). She does lots of video content, explaining both the science and psychology of what we eat, and suggests absolutely delicious recipes to get us back on track – all for nothing. What’s not to love about this roasted veg with pesto chicken recipe? Or this one for courgetti with tomato, chilli and basil sauce.

COURGETTI WITH TOMATO, CHILLI & BASIL SAUCE This recipe is sooo simple, delicious and hits the spot. It’s great for lunch or dinner on the weight loss plan. serves 4 300g cherry tomatoes 400g tinned tomatoes 4 cloves of garlic minced 2 red chilli finely chopped Large bunch of basil 6 tbsp of olive oil Salt Pepper 2 courgettes spiralled or ribboned Start by add the oil to a pan. Add the garlic and chilli and fry off for 3 minutes ensuring not to burn the garlic. Add the cherry tomatoes and keep stirring so they don’t catch. Reduce to a medium heat. Next add the chopped tomatoes and cook for a further 5 mins. Add the basil, salt and pepper. Spiral or ribbon your courgette, drizzle olive oil and season. Add the tomato sauce and enjoy.


For the words of encouragement and the excellent recipe inspiration, this week Rosemary Ferguson: you’re our hero.

The co-founder of DAME, the personal care brand, talks about trending on Twitter, an eBay obsession and winning a design award at the Tate Modern.

Meditating on the digital hangouts of nutritional therapist and author of I Wish My Doctor Had Told Me This.

Treat hardworking beloveds to a wellbeing hamper and bestow the gift of repose.

Nourish Your Glow’s Hayley Canning shares recipes to boost your mood and your health this January. 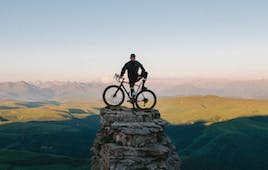 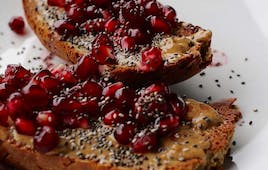 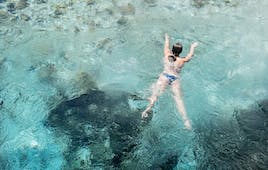 A Digital Guide to Wild Swimming 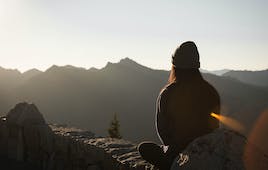