The Vice-President Elect’s Grid is a place of joy and hope for positive change.

What a week it has been! Even on this side of the pond, the collective sigh of relief at the Biden-Harris victory has felt palpable – even if, in certain quarters, it remains – ahem – unacknowledged. And this return to a semblance of global sanity – including vitally the imminent re-joining of the Paris Climate Agreement – brought with it one particularly brilliant development: the history-in-the-making election of new vice president, Kamala Harris.

We, the people, have the power to build a better future.


In 2016, Harris became the second African American woman and the first South Asian American to serve in the United States Senate. Now, she is not only the country’s very first female vice-president, but also the first multiracial person to hold the position. A former Attorney General, she comes to her new position of elevated responsibility profoundly steeped in what it takes, and armed with a refreshing reverence for the office too.

@JoeBiden and I are ready to get to work on behalf of the American people.


As the election dragged over days and days of nail-biting vote counting, we found Kamala Harris’ little squares cheering places to be. While we fretted, she reassured us that ‘the race isn’t over until every single ballot is counted.’ And when the Biden-Harris ticket finally came in, she echoed the sentiments of so many, with this touching video footage of her phone call with Joe Biden; and just like that, gone were the past four years of playground politics and triumphalism. In their stead was an attitude of humility, grace and a sense of gratitude for this momentous collective achievement.

We did it, @JoeBiden.


But possibly the thing we love most of all about Kamala Harris’ Instagram feed is the onus she puts on championing others and her positive, uplifting belief in change – both the power of it, and our power to be it. Is there any more beautiful sentiment than, ‘You may be the first, but don’t be the last’? As she writes, ‘To the children of our country: dream with ambition and lead with conviction, unburdened by what has been.’ Amen to that.

@Kamalaharris, for the big shot of hope that we needed all around the world: you’re very much our hero. 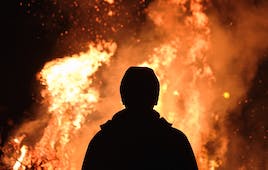