The brilliantly funny and truth-uttering champion of women everywhere.

A sure-fire way of knowing writing that is truly brilliant in that urgent must-read-immediately kind of way is when you find yourself nodding along as if with your best friend when s/he’s totally on-form, usually a glass of wine down, after a lengthy hiatus in seeing one another. Some writers hit this high note every once in an inspired while. Others – such as the prolific and essential Caitlin Moran – seem to trot such head-nodding, chime-striking material week-in, week-out with happy and apparently effortless reliability.

Pre-breakfast swim at the Ladies’ Pond In THE BEST OUTFIT EVER. During the actual Second Summer of Love I was a depressed goth, so it’s nice to final get my rave on at 44. Women, I can’t recommend this bikini by Monki enough. It’s INSANELY comfortable and jolly no I’m not being paid to say that I just literally bought a thing that’s good.


It was, perhaps, the first time that she declared a first and enduring crush on Aslan (for avoidance of doubt, the Christ-like lion) in print, that also happened to coincide with the moment that we realised that we’ll always go out of our way to read whatever she has to say, for as long as she’s saying it. Anyone who can, in an interview with Elle, utter the words, ‘I mean, if you're ever going to cop off with a literary lion, who is also God, it's got to be him. So yeah, I'd live in Narnia so I could get with Aslan,’ is someone we’d like to be friends with.


And while we understand that following a person on Instagram doesn’t technically mean that we’re *actually* friends, it does mean that you get some distanced benefits of comradeship (pretty appropriate for this year, after all). Because, as well as confessing to a major pash on everyone’s top literary lion, she also shares a lot of other things that either make us guffaw or that we relate hard to, such deja-vu-laden pictures of her working at her laptop during lockdown in a heatwave in her bra and pants. And perhaps our favourite ever of Caitlin – open-mouthed with delight – and Lady Gaga, with a caption that reads: ‘It’s Lady Gaga’s birthday and she still makes me happy she exists, and I met her and was super unreadable and icy around her.’

So glad my first ever Instagram Live just happened accidentally, by holding the phone at an unflattering angle and repeatedly broadcasting the sentence “I just got this new phone and something really weird is happening.” Anyway I WILL be doing Live on Sunday, and now I’m kind of into this angle, so see you then.


But moreover, we love that she has helped women everywhere to reclaim feminism in a way that is thoughtful, truthful, funny and not at all shrouded in rarefied academia (i.e. the sort of place where an issue that affects half the population – in fact, the whole of the population – should never have been solely relegated to, especially not for so long). Following the author of How To Build A Girl and, more recently More Than A Woman (among other excellent books) is, more than anything, brilliant fun. She’s no-nonsense and clear-sighted about the societal inequalities that should be put right; and she’s obviously one of the most fun people you could ever hope to invite to a party (CF, this throwback to her 2009 Christmas) – whether or not she brings Aslan as her date. If you buy the books and go deeper, there is a well of thought-provoking stuff about all stages of girl and womanhood, not least her most recent writing about middle-age (otherwise known as that decade or so when many women suddenly find themselves in the caring role, both for young and old).

The always exciting “before and after” hair shot - @georgenorthwood can turn grey roots into an icy swoosh, and give you hair that makes you want to go up to strangers and say “CAN YOU SEE HOW HAPPY I AM? FEEL MY HAIR CONTENTEDNESS.”


Ms Caitlin Moran, for your jokes, for your invincible enthusiasm and for your truth-telling about womanhood: you are very much our hero. 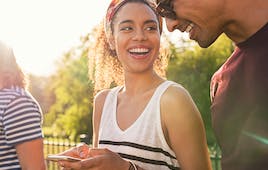 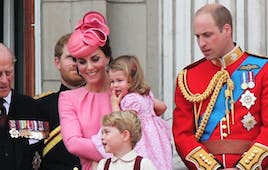 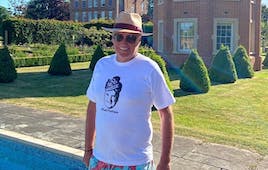 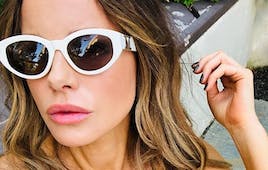