George and Henry Graham are quite the pair. No surprise they’re brothers, the duo behind the hipster’s favourite brand Wolf and Badger, committed to bringing designers of serious merit to the wider world, scooping them off the yellow brick road and giving them the tools, support and business savoir-faire to succeed in a remarkably cut throat world. Retail, one of the hardest markets to predict; entire industries climbing like beanstalks up around it: trend predictors, forecasters, scouts, who knows at the end of the day what will sell and what won’t? That's where gut instinct comes in, honed over the years, the backbone of a brand resolutely close to the cutting edge, in no small part down to its online presence (built in-house by George) backed up by bricks and mortar stores, all clean sharp monochrome: replete with quirky design features: horned lamps, crockery, artfully placed books, each designer with their own cabinet / come space (all the better to show the kaleidoscopic assembly of scarves, accessories, day and evening wear by acclaimed designers such as Tessa Metcalfe, Francesca Grima and DB Berdan, amongst others), not to mention the very specific typography of the logo, all of it adding up to far more than the sum of its parts... And that's why I find myself, twenty minutes early, on Dover Street as opposed to Ledbury Road, nursing an almond shake from the new juice bar downstairs (run by Jack, the third brother no less) waiting for the co-founders, not to mention winners of The Website of the Year Award in the Retail category, wondering well, how have they done it?

And what a duo they are, witty, droll, incapable of taking themselves too seriously, neither making light of what it’s taken to see the brand grow to two stores, potentially a third, and a vast online presence that has become their main source of revenue (since launching E-commerce in 2011) and plus they don’t really do interviews, so I’m really rather lucky to be here, but they like me, phew.

‘Well we were living together and had always wanted to start a business,’ George says of the light bulb moment, ‘certainly individually and probably together. We saw an opportunity really; all these amazing independent designers that we knew through friends and contacts,  they didn’t have anywhere to sell their products, to reach consumers, trade, press, to reach anyone really. Young design brands had the option of going to Camden market and setting up a stall and bringing their own tarpaulin and light bulb and flogging their wares, which wasn’t exactly appropriate for the more high end brands that we work with. The other option was to sit around waiting for Harrods or someone to come and find them, which was and still is highly unlikely if not impossible without a sales track record and a bit of awareness behind the brands. The other option was for them to start their own boutique which would cost far more than any brand could afford, generally speaking, unless you’re a Spice girl or similar.’

Cue the first boutique on Ledbury Road in 2010, the brothers working with a whole range of fashion and accessories brands, acting as a collective, taking the mantle of selling, and, by proxy promoting, showing to stylists, press and trade and generating significant buzz from there. ‘We had so many brands coming to us, we were turning away, and still do turn away 95%,’ Henry says. Wolf and Badger now works with a gargantuan 370 brands and sells worldwide. No mean feat.

‘It’s all a challenge!’ Henry laughs, ‘finding the right brands I would say particularly.’ Of course with brands targeting them rather than the other way round they're able ‘to select the best due to the volume of applicants,' George says, 'but we also go to fashion shows, trade shows and other stores and see new brands stocked in other retailers. The hard bit really isn’t really finding the designers though it’s communicating what we’re doing to customers.’

‘Helping the brands to have sustainable businesses in their own right, helping them stay in business’ is their raison d’être. Wolf and Badger charge a fee for the designers to stock with them. ‘We really regard ourselves as a service business as much as a retailer,' Henry continues. 'Half retailing and consulting and half providing brand recognition and helping designers grow their sales, their brand awareness in the market. From the first meeting we’re giving them advice on pricing and manufacturing, range planning within their collection, presenting in a way that will maintain their brand identity, that will be also be desirable to other retailers, because no brand is going to stay with us forever if they’re not going to either grow sales or grow their platform commercially. We really encourage them to look at the commercial aspect of what they’re doing and help get them to the point at which they can be spotted and hopefully remain clients of ours at the point they reach that level.’

So it’s been a journey with some serious momentum, but what of the edited highlights (bar winning our prestigious award, of course). ‘We like it when we’re the first stockists and they come to us,’ George says, a glint in his eye. ‘And they don’t know anything and then you see them two or three years later and they’re in a hundred different retailers.’ ‘We’ve seen that with probably a good dozen clients over the last few years,’ Henry adds. ‘And there are probably several more that have probably not reached quite that scale but have been very successful. Not everyone makes it, obviously it’s a tough business but a lot of designers do go away, refine their collections and come back.’

Now for the ‘How To…’ Obviously the pair are primed to offer the next generation of designers their invaluable experience: here goes. ‘How to Not Be a Fashion/Accessories Designer,’ Henry jokes. ‘The biggest mistake,’ he continues ‘(much like in most businesses actually) where designers think they’re going to be a big fashion label and they may well be, but they get so bogged down with trying to do everything, i.e. womenswear and accessories, and trying to do four collections a year, and not considering the costs associated with design, wastage etc. The brands that do best are the ones where maybe the designer has been making dresses in-house, and they've realised that actually the smart thing to do is to make a really cool T-shirt line for instance, and then maybe start doing jeans or sweat shirts and evolve from the ground up.’ ‘Those that start small,’ George adds, ‘those that are proactive, those that regard it as a business, usually they have a partner that handles the business side and they’re handling the creative side, it’s rare to find someone that can do the creative and the business, although it’s not unheard of.’

‘I would also say pricing,’ Henry says with authority. ‘They come in, they say I’m pricing my bag in the same line as Bottega, well they can’t, why would you pay the same price? So we would say "Well you’re a new brand, it’s wonderful, the quality is as good, the design is as good but there’s a premium associated with brands." They do have to come in at a slightly lower price, it doesn’t need to be half the price but a little bit less.’ ‘And occasionally,’ George adds, ‘we have the opposite. Where we’ll advise them that their prices are too low. We’ve had occasions where quite literally the cost price of the item is more than they’re selling the item for, they just haven’t put it all together and worked it out. So we’ll guide them on that.’

And now to end, a bit of self-reflection, what advice would the brothers give themselves starting out, knowing what they know now? ‘It’s really hard don’t do it!’ George laughs, ‘I do joke.’ ‘Take the advice that our Mum always gives us,' Henry says, 'which is: ‘Stick to your knitting; don’t get distracted!’

A fine note to end on. 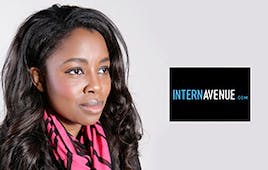 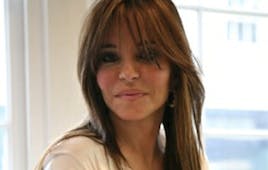 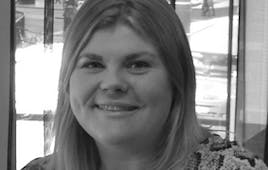 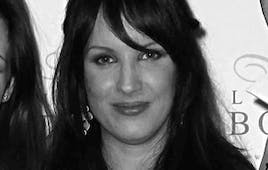