From city lawyer to professional chef, Patrick Drake gives us the low-down on Hello Fresh and an unlikely career change.

A gourmet grocery and recipe delivery service, Hello Fresh aims to make good quality, home-cooked food convenient to everyone by preparing and sending out pre-measured fresh ingredients and photo-illustrated recipes.

Launched in 2012, the business was founded by two ex-city high-flyers, analyst Pit Karbe and lawyer Patrick Drake, and has proven a huge success with everyone from time-poor professionals to mums and even husbands who have never before set foot in the kitchen.

As Head Chef at Hello Chef, Patrick Drake says he has found his dream job, but it wasn’t always this way... We caught up him to find out more about the businesss and how he made the transition from stressed city lawyer to professional chef and food industry entrepreneur.

The idea for Hello Fresh came about... after seeing several similar concepts abroad. We thought that if we could take away all the usual reasons why people don’t cook more (namely time) then we'd be onto something. A few weeks later Hello Fresh was born and we sent out our first ten deliveries from my living room in week two!

Every week we send out... step-by-step recipe cards to our customers with a chilled box of the exact fresh ingredients they need to cook those recipes. It's essentially like a recipe kit, using the highest quality produce we can find, but keeping it at supermarket prices. 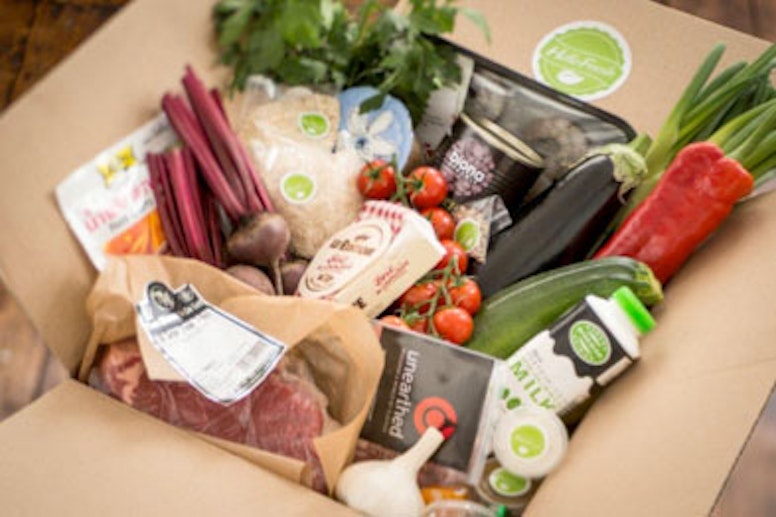 Our clients are... anyone who likes to eat! From busy professionals to mums who want to increase their repertoire. We got an email this morning from a customer who said that, in 38 years, he has not cooked his wife a single meal. She signed him up to Hello Fresh and apparently it's "revolutionised" their marriage!

I was never a big fan of the law... One day, I decided to change my life. I had always loved cooking and had the (fairly lofty) idea to have a TV show, where I would teach others how to cook. I wrote the goal at the top of a piece of paper and underneath I wrote the five steps I would need to take to get there.

While continuing my work as a lawyer... I ended up working at The Cuckoo Club, Brindisa, the fine dining kitchen in my law firm during lunch times(!) and even The Fat Duck in Bray. Eventually I realised that I would never reach my goal until I burned all my bridges, so I quit the City and started working in food full time. It was the best decision I have ever made.

The major challenge in setting up the business was... persuading highly regarded suppliers to change their whole process to work with us. Each time you receive one of our recipes you'll only get the exact quantity of ingredients you need - so in turn our suppliers had to change their pack sizes. Nowadays suppliers ring us to see if we’ll work with them.

As Head Chef at Hello Fresh, I spend the majority of my time... developing recipes. I'll think up the recipes based on what our suppliers have got coming in, then I'll test them, write out the recipe into simple steps and photograph everything for the recipe cards. It's basically my dream job!

Since we launched... the response has been so great that I have to pinch myself sometimes. We get such lovely emails telling us how we are changing people's lives. Helping people discover and eat better food is actually a really personal thing and we genuinely feel like we're making a difference.

Because we work so closely with our suppliers... our prices are comparable to supermarkets. The nice thing is that our customers also get to try new ingredients without buying a whole 500g packet. We'll just send them a teaspoon’s worth for a particular recipe, so they don't end up with all sorts of unused ingredients lurking in the back of their cupboard.

You might not know this, but... I appeared on ITV’s Dinner Date and won! I think this fact may haunt me until the day I die! Two entirely separate friends saw an ad for the show and both wrote in to volunteer me. It was actually really fun, and pretty easy too because the guys I cooked against used ready meals.

I've created more than 300 dishes for Hello Fresh so far... but my personal favourite is a beef burger with toasted pine nuts and shredded chorizo topped with red onion marmalade on a brioche bun. It's fantastic for summer time!

I spend my spare time... cooking abroad and filming it for my new TV show on the National Geographic Channel (see www.kylieandpatrick.com for a preview). I'm really getting into making my own video travel guides. I probably sleep less and drink far more coffee now than when I was in the City but I absolutely love what I do.

In terms of the future... well, I've already exceeded the wildest dreams of the lawyer who once sat unhappily in front of a contract at his desk, so the sky's the limit!