Sean Brecker, CEO of Headspace, the meditation app dubbed ‘gym membership for the mind’, gives us an insight into his life online.

Sean Brecker is Chief Executive Officer of Headspace, the meditation app dubbed ‘a gym membership for the mind.’ Joining in early 2014, he was the company’s ?rst commercial and ?nancial director since its launch in May 2010. With a strong economic and business background, Brecker’s initial months at Headspace were pivotal in raising the company’s ?rst round of funding – which was successfully acquired in 2015 from investors such as The Chernin Group, Advancit Capital, Allen & Company, Breyer Capital, Jessica Alba, Jared Leto, Ryan Seacrest, Jeff Weiner and others.

Now based in Headspace’s new Headquarters in Santa Monica, California, Sean is the driving force behind all ?nancial and commercial matters, overseeing the growth of the company as it continues to expand and develop its content which has been downloaded over 6 million times.

Prior to joining Headspace, Sean enjoyed a 15-year career as a trader and originator at large investment banks such as JPMorgan, Lehman Brothers, and Citigroup spanning numerous locations including New York, London and Singapore.

In July this year, Headspace released Headspace For Kids, introducing mindfulness meditation to a new, younger audience. Available on the current Headspace platform, the Kids series includes short meditations designed especially for children from toddlers to pre-teens, with the aim of giving them the best start in life.

Favorite website... Architizer - It's a great way to keep up with currents in design and architecture, and there's something inherently relaxing about empty spaces.

Favorite app... Spotify - You can enjoy any song, anytime, anywhere.

Internet/tech hero... Jeff Bezos - Everyone thought he was crazy. He came from finance and disrupted another industry. And where would we be without Amazon Prime?

Most recent buy online... An Iwatani blow torch via Amazon.com.

Book I've just downloaded / read... The Hard Thing About Hard Things by Ben Horowitz, cofounder of Andreessen Horowitz and one of Silicon Valley's most respected and experienced entrepreneurs.

Favorite tweeter... Jason Hirschhorn - He is witty and insightful which is a pretty good mix and he has a massive influence on the tech world.

Favorite Iinstagrammer... @heidileebrecker for pics of my kids and @NatGeo for pics of this amazing earth.

Social media allowed me to meet... Andy Puddicombe and Rich Pierson, the co-founders of Headspace, where I now work.

Most worthwhile newsletter subscribed to... Redef - It's informative and keeps me up to date on all things tech.

Pet hate about life online... People (especially my kids!) not being present - too focused on being heads down on their phones or tablets… I try to make sure that if they are on their phones they are at least on the Headspace app teaching themselves how to be mindful and present. The launch of Headspace For Kids is being super beneficial for that.

Stand out online memory... The first time I ever saw a website. It was in my college admissions office, in 1995. My mind was blown.

The definitive guide to being happy: five positive sites to improve your mood

Does technology make you feel frantic? Feel distant to family and friends? These apps can help.

Ditch the daily sandwich and crisps routine, and opt for these tasty and healthy lunches to eat at your desk. 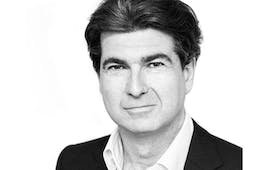 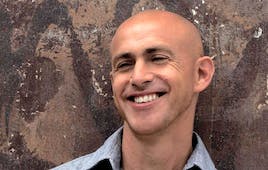 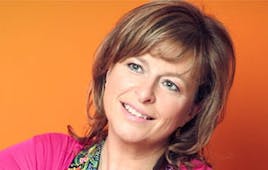 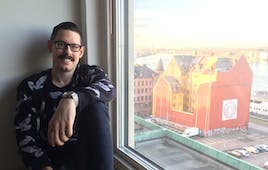