Sarah Tierney is founder and CEO of We Are Colony, a new global film streaming platform releasing quality independent films with exclusive extras.

Sarah Tierney is the founder and CEO of We Are Colony, a new global film streaming platform releasing quality independent films with exclusive extras. Launched in beta last Spring, the platform now boasts members in over 110 countries, and is establishing itself as the new digital home of the ‘special edition’ release.

A BAFTA-winning and Oscar-nominated filmmaker, Sarah founded independent broadcast production company, Clarity Productions in 2004, aged just 23, before joining Ed-Tech startup Twig as Head of Content in 2010. She is a Fellow of the Royal Society of Arts, a member of BAFTA and the British Screen Advisory Council, and was voted in the British Interactive Media Association 'Hot 100' 2014.

Sarah founded We Are Colony in 2013 with an ambition to create a new curated home for indie film with a focus on exclusive extras, product and user experience, global reach, and integrated marketing support. The company’s backers include Seedcamp, Archer Gray, Firestartr and the London Co-investment Fund. We Are Colony is currently raising on crowd-equity platform Seedrs to scale early success ahead of Series A venture next year.

My Favourite Website... Is it cheating to say wearecolony.com? I’m enormously proud of the platform we’re building, the amazing films we’re working to release, and the global community of passionate fans who are embracing us. It’s a really exciting time.

My Favourite App... Slack - My 'favourite' through frequency of use! Our team is powered by Slack and, while it can be disruptive, it’s ultimately efficient as a means of quick, cross-team problem solving and notifications.

My Favourite Blog... Stephen Follows - For amazing data and statistical insights into the film industry. I’m somewhat obsessed by The Hollywood Reporter Roundtables. And I’ve just discovered You Must Remember This, a storytelling podcast about the secret histories of Hollywood’s first century.

My Most Recent Buy Online… was from Finery London - The team behind it has been called 'high street royalty.' Stylish but affordable, contemporary but classic.

Most Worthwhile Newsletter… The Quartz Daily Brief - A digestible daily briefing for business people in the new global economy.

Book I’ve Just Downloaded/Read… The Uncook Book: The Essential Guide to a Raw Food Lifestyle by Tanya Maher - I spent New Year’s at a raw food retreat (more fun than it sounds) and this book has continued that voyage of culinary discovery. I mainly like the guilt free deserts.

My Favourite Instagrammer... My brother or NASA.

My Pet Hate About Life Online... The constant beeping, notifications, pings... there is no getting away from it.

iPhone or Android... iPhone, MacBook Air, two iPads and an AppleTV. Cut me and I bleed iOS.

We Are Colony is currently raising investment on Seedrs.com.

Gone are the days of flicking through the TV Times. Get with it and learn how to stream films. 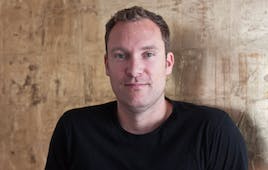 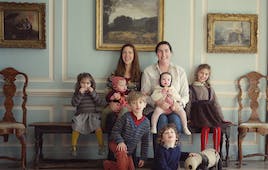