The Brains Behind a Brand; Simon Bladon of Jenkyn Place

The first time I ever heard about eponymous sparkling wine brand Jenkyn Place I was sitting with a friend, having a glass of wine as it happens. 'You've got to go to this vineyard in Hampshire,' he waxed lyrical, 'they've just won a blind tasting against Veuve Clicquot - it's meant to be amazing'. The next week I was watching The Apprentice, the task of the week; to change the once stilted image of English Sparkling Wine... Two attempts and some hair raising facial movements from Sir Alan later and I have to say my interest was piqued. So why is it the sparkling wine industry in the UK is battling against such prejudice? After much chasing I managed to track down the founder of Jenkyn Place, Simon Bladon and on a Wednesday afternoon I find myself sitting with him in the cosy confines of his office in Fulham. Despite being reticent to be interviewed (after a bad experience with a journalist years ago) I've managed to convince the quite charming but nonetheless camera shy entrepreneur to entrust me with a reputation carefully honed over several years of hard labour. Believe you me – I’m feeling the pressure. So, now that I have him here under my hyper critical gaze, what is it I most want to know? Number one how has the entrepreneur managed to create such a buzz, particularly in an industry often derided for its inferiority to the great offerings of France's Champagne region? 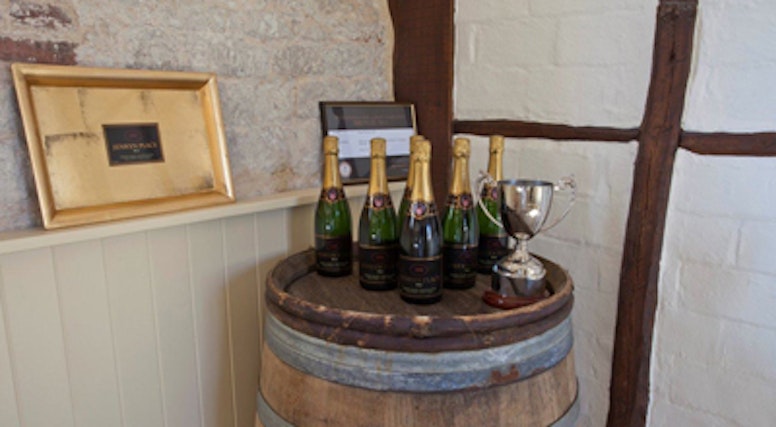 Quality, quality, quality seems to be the answer; because this is no mere producer, but a true wine enthusiast, never one to compromise profit for quality. 'One of the challenges is pure cash flow,' Bladon explains. 'I've got 70,000 bottles of the stuff sitting in a cool storage near Worthing, that’s a lot of money and it’s all got to sit there for three years... Now if I got it out after nine months and a day - like a lot of the cheap Champagnes do, that’s very good for my cash flow, but if I leave it for three years it’s awful for the cash flow but good for the quality. You can only get a good reputation by having the best quality - it has to be the most important thing.'

Wise words indeed, but where did the seeds of such a passion first take root? 'We live down in Hampshire,’ the entrepreneur reminisces; ‘there was a field next door that came as part of the house, it was a hop field and eventually the famer gave up hop farming and basically gave the field back to me. So then it was a question of what was I going to do with it? I hadn’t intended to start a vineyard but it soon became obvious that it was absolutely the right soil - it’s greensand over marlstone; exactly the same soil as they have in Champagne.'

Ironic indeed; perhaps the reason why in that crucial blind tasting Jenkyn Place scored so highly and in recent years has accrued such an impressive slew of awards. A feat even more remarkable given that Jenkyn Place is a tiny enterprise, and Bladon very much a one man band, aided by wife Rebecca and a small but loyal band of workers. 'Sometimes at weekends (when Rebecca’s not around) I sit in the wine store and stick the labels on,' he laughs, 'it gives me a sense of satisfaction somehow. I have to get a labeling machine; next year it will be 24,000 bottles; I can’t do that by hand!'

The entrepreneur is nothing if not vocal about his subject matter, waxing lyrical about the rapidly changing climate that allows English vines to improve year upon year; ‘We’re only one hundred and something miles north of Champagne; with global warming you can now ripen those grapes in England, that’s further from the equator so a better sparkling wine. Very soon the best sparkling wine will be made in Bentley Hampshire, they’ll start making still wine in Champagne and Burgundy will be like Algerian plonk - O.K I’m being facetious,' he laughs, confident nevertheless in an argument proved time and time again since the brand started with the first vintage in 2006.

Let’s not forget that this isn’t the first enterprise Bladon has started however; as well as a property business (still in operation) he ran a highly successful ski business in the 1970’s; Bladon Lines. What did this experience teach him? ‘I’ve had my moments when I should have had my eye more on the costs. But that’s the boring part of the business; spending money is much more fun than saving money.’

Bladon has learnt his lesson; challenge now presents itself in other forms; 'There’s selling the wine and selling the wine to the right person. I’m trying to be a little bit more picky; it’s all very well to think a sale is a sale; that’s great - but suddenly with this vintage it’s been selling very well and I’m just trying to get slightly more choosy about who I sell it to.'

This ties in well with Bladon's attention to detail; it is after all the presence of Jenkyn Place that precedes it, something the entrepreneur is more than aware of; 'It’s about building reputation which is an uphill struggle because so many English people just assume you can’t possibly grow grapes to make a decent sparkling wine or any decent wine in England.' In light of this prejudice Jenkyn Place is about to branch out into new markets; 'I’ve already made my first export, which was quite fun,' he says. 'Now would I have ever guessed where my one and only export would have gone to? The answer is Thailand were I am told they have something like a 400% excise duty, so Jenkyn Place at the Bangkok Hilton will be £150 a bottle.' No bad thing when Bladon considers the fresh perspective of sunnier climes. 'They’ll be looking at Champagne and English sparkling wine much more on a level playing field - much more than the vintage old British like me.'

I have to say he's good company; warm, charming, well educated; alumni of Eton and then Exeter, from where he graduated in 1974; an entrepreneur from the old guard; a somewhat bygone age, one of privilege certainly, though I don't doubt he's worked hard; his nose to the ground - and the grindstone.

He's happy to acknowledge the benefits of a slightly more salubrious upbringing, 'To start a business you need some cash and a few years ago that was rather easier than it is today and if being from a privileged background means that daddy had more access to cash then that helps, of course it does.' Is this where his entrepreneurial spirit came from I wonder; was his father cut from the same cloth? 'Dad was a solicitor in Hull but he was in the property business as well. I suppose I am entrepreneurial; I quite like the idea of creating a brand name and this is the second time.' 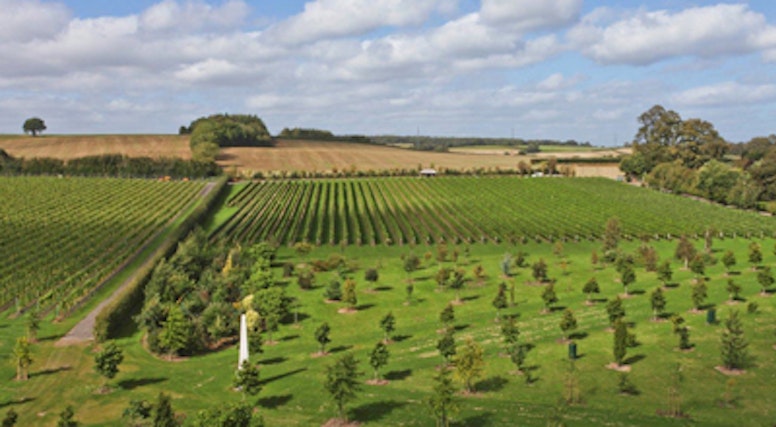 And what a brand name it is; as I leave Bladon offers me a second glass of the Rose and I have to say it's difficult to refuse. As I rue driving, he busies himself showing me a picture of his lush green vineyards on his well-thumbed PC. He beams with pride and rightly so. I think back to my friend telling me about Jenkyn Place; ‘this vineyard in Hampshire; it’s meant to be amazing’- it certainly is... I ask Bladon in passing what he would most like to be remembered for? "Creating a brand,' he reiterates, eyes fixed on the screen, 'Creating a successful business from scratch’. For this entrepreneur it seems it’s check, check and check.