The Brains Behind a Brand: Peter Harris of Hotel Chocolat

An interview with Peter Harris co-founder of the eponymous British brand, Hotel Chocolat.

I have to admit I’m completely unprepared for the experience of meeting Peter Harris, co–founder of eponymous British brand Hotel Chocolat. I’ve looked at the website yes, I’ve tried the chocolate, but in no way had I anticipated the sheer breadth of what’s on offer when I walk into its Covent Garden branch, ‘Roast and Conch’; a café, come shop, come powerhouse in which cocoa goes from bean to bar all under one roof. I wander round, looking at the legions of flavours, the large rack of chocolate slabs, and the New York loft inspired interior. Chocolate literally drips from the walls, Champagne truffles are offered as tasters by unbelievably helpful staff; this is clearly no ordinary chocolatier and Harris has got the stats to prove it. 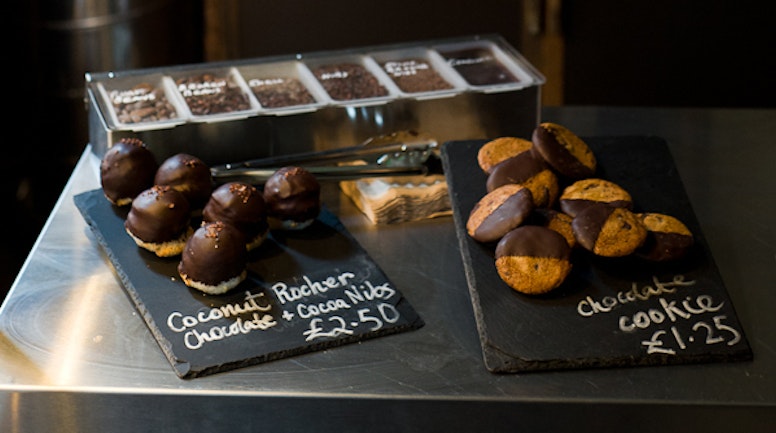 In January 2012, a survey by top consulting firm Bain and Company named Hotel Chocolat, ‘The brand most likely to be recommended to friends and family in the UK.’ They were also the only British company to be placed in the top 10. Peter, now sitting beside me in a quiet corner booth beams with pride, ‘We saw ourselves on there and thought ‘crumbs’ - this isn’t us telling us that we’re alright, this is our customers saying ‘I think that’s a great company and I would recommend them.’

So how did Hotel Chocolat get into the heart (and cupboards) of so many people? The idea started over two decades ago when Peter was selling another sweet treat – mints, with the leap from one confectionery to another prompted by requests from customers. ‘When you start a business you set yourself sensible goals, modest goals but as you reach those goals you increase that. So when we were just a tiny business we just wanted to make one sale and then we wanted to make another two. And then if you’re at half a million sales you say ‘wouldn’t it be great to get to a million?’ You set yourself these horizons.’

What about the dynamic between Harris and Angus Thirlwell (his co-founder)? How does this crucial relationship play out? ‘I have a financial background and I think I’ve managed to keep the show on the road through difficult periods. We’ve been sensible in the developing years and only spent the money that we’ve got and can afford.’ But could the entrepreneur have gone it alone Willy Wonka style? Well for starters he wouldn’t want to. ‘I’m a great believer that if you’ve got the right business partner 1 + 1 = 3 whereas if you start a business on your own it’s much tougher because you’ve got to continuously re-motivate yourself.’ Peter remembers fondly the early days, ‘We were both selling, both competing so if I got an order Angus would think ‘oh no!’. He’d be really pleased but he’d use it to say ‘I can get an order as well.’ If Peter got Ford Motor Company Angus would target The Dorchester. Healthy competition indeed; as well as mitigating the risk of one person selling and another one spending.

It's clear how the business got its fuel, but what kept Peter going where others have failed? ‘Self-belief. Just not accepting obstacles as obstacles. There have been many times when people have said ‘You’ll never get that or you can’t get that’ and I’ve said ‘have you asked?’ If you ask then you might get it.’

In 1999, the company set up what is known as ‘The Chocolate Tasting Club,’ a response to the rise in gifts ordered for personal consumption. Peter and Angus wrote to their first faithful delivered gift customers and a 20% response rate showed the level of interest. ‘We’ve grown it over the ten or so years to about 100,000 members.’ Each month members receive a finely created selection of new and original recipes complete with tasting notes and a newsletter. This brings me back to Harris's relationship with his customers, ‘We’ve always listened, whether that’s on product ideas or feedback. I’m a great believer that if you like a business you have to support it.’ 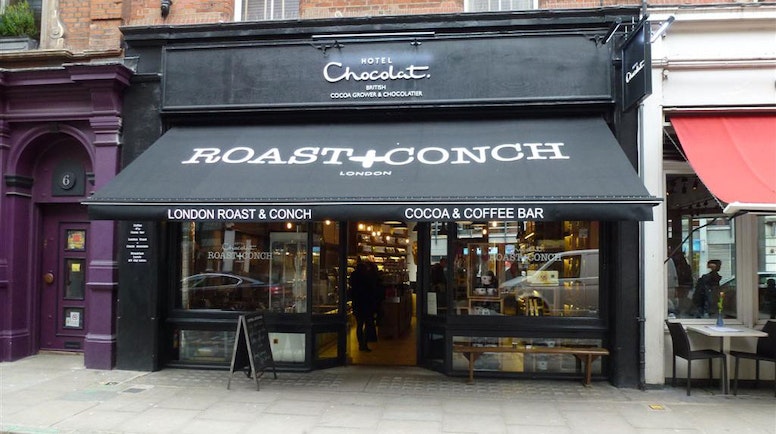 Backing from its loyal tribe of followers reached new heights when the company sought to raise investment. ‘We came up with the idea of ‘the chocolate bond’, we said, ‘We’d like you to lend us either £2000 or £4000 and we won’t pay you any interest in money but we’ll pay you a return in chocolate.’ A lot of people thought the idea was novel but they didn’t necessarily think that it would be successful. We raised £4 million.’ It is exactly this ‘outside the box’ thinking that characterises the brand. Peter may not herald himself a visionary, but his business acumen; the sheer breadth of the ideas points to great creativity. A Steve Jobs quote springs to mind, ‘Creativity is just connecting things. When you ask creative people how they did something, they feel a little guilty because they didn’t really do it, they just saw something.’ Two entrepreneurs cut from the same stuff?

So how did they come up with the name known to chocoholics across the UK? ‘We actually loved the word ‘chocolat’. It was far more luxurious than the normal English word. But then you need to be able to trademark the name; it can’t be just descriptive so we had to link it to another word so we could protect it. We had a lot of different ideas but we hit on Hotel Chocolat because it’s really unusual, it has connotations of luxury, indulgence, escape, excitement and enjoyment.’

These buzzwords also apply to The Rabot Estate, St Lucia; Peter and Angus now own their own cocoa plantation, also the site of their hotel and restaurant, specialising in ‘cacao cuisine’. Surprisingly it was not a planned move, ‘We never thought we were going to have a hotel,' Peter smiles. ‘We were sent an old 1920s book by one of our Chocolate Tasting Club members and it was on cocoa growing and chocolate production.’ This sparked the idea and after some initial research they found a plantation for sale in the Caribbean. ‘Normally Angus is more Gung ho and I’m more reserved and moderate, cautious in my approach, but on this occasion I said ‘We’ve just got to have this place’ and he said ‘Woah steady on...’ so there was a bit of a role reversal there.’ Within days the contract had been signed. The 140-acre estate is the oldest in St Lucia, dating back to the 1700s. The Boucan Restaurant and hotel soon followed; highly rated on Trip Advisor by a legion of happy customers.

All that from one little book… I ask Peter if he believes in fate? Do opportunities fall into his lap? ‘I don’t think they are lined up. I think you have to find your way and slightly uncover them.’ He makes his own luck; nothing it seems is left to chance. ‘I rang up the government and made appointments with four out of the 12 cabinet ministers to see them that week – we saw them all on the same day, which is unheard of. I wanted to know if we came to St Lucia would we be able to buy this plantation? The only way to find out was if I asked ‘Is there any reason why we couldn’t buy it?’ They said ‘No we won’t stand in your way if it creates employment and regenerates an old cocoa estate’. I was persuasive; if something is really important then you’ve got to make it happen.’

The British Government has been less forthcoming in aiding the brand reach the pinnacle of the industry. ‘We’ve had no help at all, wait a minute that’s not actually true, Peter Mandelson when he was the Minister for Trade and Industry did actually come into our Victoria Street shop and spent about £10. He was very complimentary about our chocolate,’ Peter laughs.

What would he offer by way of advice to those hoping to follow in his footsteps? ‘Concentrate on the sales first. Prove your idea… Selling is a process that is undervalued. It’s like asking a girl to dance - if you don’t ask her she’ll never say yes but if you ask, then she might say yes, and even if she says no, she’s not saying no forever she’s just saying no for now. If you ask her a second time she might agree.’ Wise words indeed.

So what are the highlights of being successful? Harris is quick to stress that he is not disproportionately wealthy, ‘I haven’t got a massive amount of money. The business is successful but... You have to keep your feet on the ground.’ He grew up in a middle class home, ‘I can understand how successful people that come from a deprived background do very well because they say ‘I don’t want to suffer like that’ but I don’t think I’m that extreme. Being independent has made me confident. Do I look confident?’ he asks with a glint in his eye. After leaving school to become an accountant he bought his first car for £10. The rewards of his later life are a clear contrast to more humble beginnings. ‘Things like paying for your children to have a great education... It’s quite nice being able to go to your own hotel and have a drink in your own bar. That’s quite an enjoyable experience.’

I remark that his parents must be proud of all that he has achieved, financial and otherwise. He mentions sending his 82 year old mother to St Lucia, ‘She went out there and had a fantastic time. I was delighted she came back in one piece!” He worries; of course he does, that’s where his strength lies - in thinking of others, in thinking of the detail, of the bigger picture… ‘I’m very happy with where I am,” he reflects. ‘I‘ve got a lovely family, three grown children. I’m really proud of my part in building Hotel Chocolat.

What, I wonder has been the most rewarding aspect of the journey? ‘I used to sign off the payroll,’ he muses, ‘see ever increasing amounts of money going to ever larger numbers of people and think to myself ‘this business is actually paying for those people’s livelihood and contributing to the growth of the economy.’ I can see the pleasure in his eyes as he thinks of it; how many entrepreneurs would cite the burden of paying their staff as their greatest reward for the years of toil, sacrifice and innovation? But of course this isn’t any entrepreneur, this is Peter Harris, co-founder of one of the UK’s favourite brands, that bastion of luxurious consumption, Hotel Chocolat.
___________________


Interview by Alice Kahrmann with additional reporting by Amy Durden.

The co-founder of COOK Food, the company that makes 'remarkable food for your freezer', shares his online haunts. 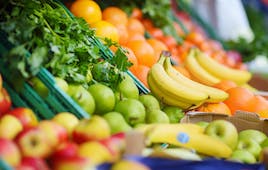 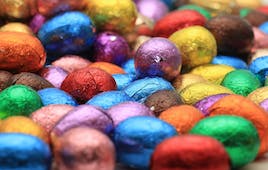 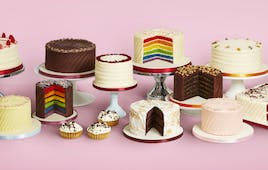 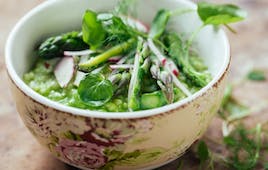