The founder of Aware Hospitality on the highs and lows of opening restaurants in a pandemic.

Alexandre Santamaria is a man steeped in the hospitality industry. His career began when he moved to London from his native France to work as a private butler for the French Amabassador. That baptism of fire was followed by a meteoric rise, which soon saw him take on the role of Global Brand Director for Hakkasan, as well as working for other behemoths on the global hospitality landscape.

As the brains behind a host of high-end worldwide restaurants, Alexandre was immaculately placed to launch Aware Hospitality back in 2019, a consultancy that helps restaurants launch and execute their concepts. Through the pandemic, he has been behind two new London launches – no mean feat given the well-publicised difficulties facing the sector in the aftermath of various lengthy lockdowns.

Here he tells us which restaurants he loves; why London is at the epicentre of the dining scene; what his top tips for restaurateurs look like right now; and why diners need to swallow the coming price hikes and support local. 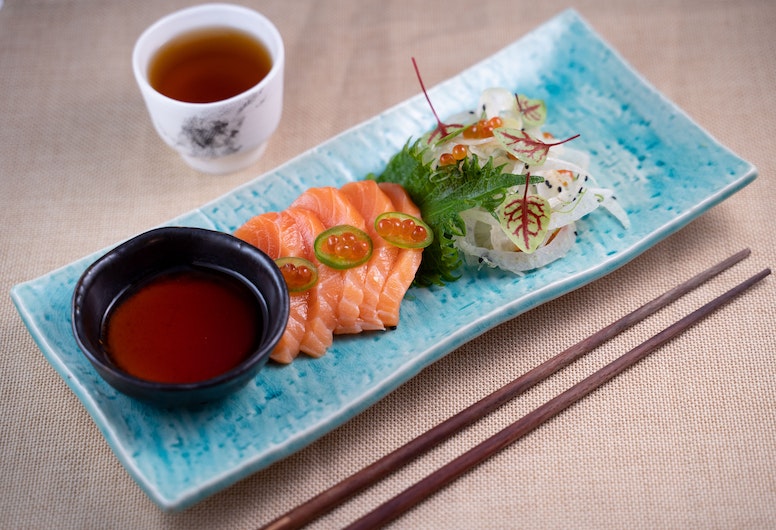 You’ve worked with some of the biggest names in hospitality, from The Hoxton Hotel and the Hakkasan Group to Intercontinental Hotels. You then founded consultancy Aware Hospitality in 2019. Can you tell us a bit about how the past year has been you?

It’s been busy! We managed to secure six projects during the Covid-19 pandemic peak in the UK, Spain and Saudi Arabia, which was pretty amazing. At present we are project managing a new Italian concept opening in Haymarket as well as a supporting the pre-opening a restaurant in Mayfair for a world-famous Parisian group within a Grade II*-listed building.

We’re also working with one of the leading luxury patisserie brands with openings lined up in various Gulf countries; re-launching a Texan institution called Bullion, a truly stunning restaurant; and then there’s Oro Sushi, which we have secured investment for to develop our ‘dark kitchens’ across London. Oh, and we are in talks for acquiring a restaurant venue in Mayfair.

It sounds non-stop! As you say, far from panicking through the pandemic, you’ve opened two restaurants: Cha Cha x Sister Jane in Notting Hill and Oro, with chef Anthony Garlando in Wimbledon. What did you know that others didn’t?

Oro Sushi is a concept that wouldn’t exist without Covid-19. During the pandemic, we saw that fine dining Japanese restaurants (Roka / Zuma / Sake No Hanna) were thriving, with average spends on delivery at £80 and sometime way above. It created a new market with huge gap between cheap Japanese takeaways and super expensive ones. Here came Oro with amazing Japanese food at £50 per head, produced with the same ingredients and craft as the most expensive brands.

Meanwhile, Cha Cha was a relocation of an existing concept from Little Venice to Notting Hill. It was a hugely challenging time for us, as the venue opened during the first lockdown lift, which meant we launched and had to close again three month later. Tough learning curve.

How do you think the experience of lockdowns has changed the way we eat out?

Before lockdown, the market had already started shifting from nightclubs to late dining. What I mean is guests were enjoying late dinners and ‘energy dining’ as opposed to going to clubs. Now, since all the restaurants have reopened but night clubs are still closed, this trend is just strengthened. Visionary night club owners like Luca Maggiora (who we are doing the Haymarket project with) have understood that and are now heavily investing in high end restaurants. Aside from that, I think everything should be back to where it was before in terms of customer habits. Maybe just one thing: we now know people are quite happy to eat on terraces in the cold!

Do these changes necessarily make the job of restaurateurs harder? How are you advising restaurateurs to make this new world work to their advantage?

What is currently making the restaurateurs life much harder is the staff shortage. It is extremely difficult to get sponsored visas for the foreign work force, and that’s on top of an increase on ingredient prices due to Brexit. This is the worst I have seen in my 22-year career. It has been so hard to recruit that salaries are going through the roof and staff are being over-promoted in order to keep or attract them. No training has been given in the past 18 months. We are heading towards a disaster in terms of skills level across the industry.

You’ve worked all over the world, yet you’ve said that London’s dining scene remains ahead of the curve. How and why do you think that is?

Absolutely it is. In Paris we eat well at home; in London we eat extremely well outside. The first advantage that London has is that it’s open to variety. It is in the UK culture and history to go towards other cuisines in order to enjoy a fine dining experience. As a result, London has always had far more Michelin star Indian, Chinese or Japanese restaurants than Paris ever had.

Secondly, London restaurateurs understood long ago that food is important, but it is not everything. In Paris you have two choices: eat well or be in a trendy place. It is very, very rare to find both in the same concept. In London, you will often find that top-end restaurateurs have a much more multi-dimensional approach, where interior design, music, staff uniforms, cocktails and food are developed together and in harmony.

The Italian restaurant Margot in Covent Garden, founded by Nicolas Jaouën, is my favourite when I feel like eating elevated traditional Italian cuisine.

Within the newcomers, I would say Folie in Soho, which is by restaurateur Guillaume Depoix. It serves excellent Mediterranean food with an atmosphere inspired by the chic French 1960s. What advice would you give to budding restaurateurs hoping to open in the current climate?

Try to get some outdoor space if you can: you never know, we may get another partial lockdown someday. Rethink your business model in order to keep staff cost as variable as possible. Don’t hesitate to change the service style itself as well as the offer and perhaps reduce your menu. Negotiate rents linked to revenue, which means that if the restaurant closes, the rent is reduced, but if the restaurant thrives, the landlord will be very happy.

What advice would you give to diners in a somewhat less spontaneous world?

Look after your neighbourhood restaurant; they need you more than ever. Small restaurant operators are going through really tough times. If you still want quality, please be understanding of the coming prices increases. Restaurateurs are not being greedy; they just have to pay a lot more for staff and ingredients due to Brexit.

What’s your ultimate recipe for success for a restaurant start-up?

Create a model that does not require a large skeleton team. This means that your management structure is light, and you only employ staff when you get busy. Your skeleton team should be as small as possible.

Be ready to work very hard. There are so many aspects you will need to learn about, and you can only learn about them as you are dealing with them. As a result, you can never be prepared enough; your only option is to constantly question yourself, admit your ignorance and grow.

And the most common mistakes people make?

Spending money in the wrong places! It is one of the most common mistakes because choosing where to spend the money is the hardest thing to do. Do you want kitchen equipment that will last ten years or three years? There is no right or wrong answer. Some restaurateurs will tell you ten years without a doubt, as they know they pay more to start with but will save the long run. Others will say they prefer to start cheap and if the restaurant works, they will re-invest in better equipment which limits their initial risk. Both ways of thinking are equally good. You can see how complex the matter can get.

Do you want a super-experienced chef who knows everything, or do you want the less expensive chef who still has a lot to learn but loves a challenge and will pour all their love in your project?

Are there any chefs – established or rising stars – you’re yet to work with who you would like to develop a project with?

Pascal Aussignac Chef Patron at Club Gascon. He earned and kept his Michelin star 19 years ago and serves cuisine from south-west France. Being from the south of France myself, I have a soft spot for this restaurant. Also, he is a really nice guy.

Finally, tell us more about Oro – as you’ve put it, a restaurant that ‘serves Japanese food from an Italian restaurant cooked by an Australian chef’.

Anthony Garlando came up with the name as we were brainstorming about the brand. Oro was selected as it sounded both Italian and Japanese. We then later realised that it meant ‘confusion’ in Japanese Manga lingo which was a truly fantastic revelation. At that point, we knew the stars were aligned! As for the business model itself, we created this ‘dark pop-up’ concept in three days. We wanted to create a dark kitchen within an existing restaurant, but one that was not necessarily already serving Japanese food. For us it was all about the location and keeping ourselves busy during the pandemic. Our first site was born out of a partnership with Chucs in Belgravia, which is led by restaurateur Graziano Arricale.

We are now operating a permanent dark kitchen in Wimbledon and have secured investment to expand rapidly into more dark kitchens, as well as a fine dining restaurant in either Mayfair or Soho. More news to come soon…

9 Of The Best Picnic Hampers

Pep up your picnics this summer with the best baskets and backpacks.

When you're super busy at home, these naturally healthy frozen meals are a godsend. 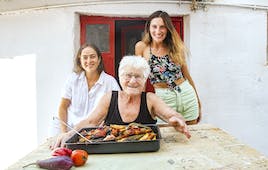 Just Like Granny Used To Make: Meet The Authors Of Grand Dishes 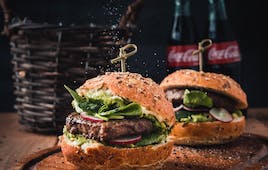 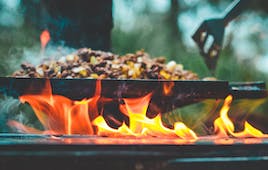 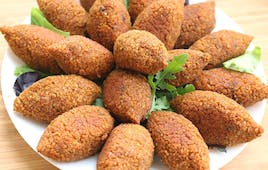