Eric Lanlard is the award-winning Master Patissier who has revolutionised British patisserie, also known as the Cake Boy. Eric writes, "In France there is no Christmas pudding or cake during the festive season, instead you will find a variety of Christmas logs. This is my favourite…"

For the chestnut cream

For the chocolate glaze

2. To start the sponge, beat the egg whites until stiff with an electric hand whisk, then gradually add 50g (2oz) of the golden caster sugar.

3. In a separate bowl, beat the egg yolks with the remaining sugar until the mixture is fluffy and white. Stir in the melted butter.

4. Sift the flour with the baking powder into the egg yolk mixture, then fold all the ingredients together. Mix in a little of the whipped egg white, then gently fold in the remainder.

5. Spread the mixture on to the silicone on the baking tray with a palette knife, rather like making a Swiss roll. Bake in the preheated oven for 10 minutes, but you must keep an eye on it as it cooks fast!

6. When out of the oven, cover the sponge with a damp tea-towel to stop it drying.

7. To make the chestnut cream, in a large bowl, using an electric hand whisk, beat the cream to soft peaks, then fold in the crème de marrons.

8. To construct the cake, firstly soak the sponge with the dark rum, using a pastry brush. Spread the chestnut cream on to the sponge with a palette knife then, using the silicone paper or mat, gently roll the filled sponge up nice and tight. Place on a serving plate, join down, and cut the ends at an angle. Save one of these ends to use as a ‘branch’ when glazing with the chocolate glaze.

9. Now make the chocolate glaze. Melt the chocolate in a bain-marie, stirring occasionally, then add the butter and sugar. Leave to cool down.

10. Using a palette knife, cover the whole log with the chocolate glaze. Cover the saved end with glaze too, and stick it on top to mimic a branch.With a fork decorate all over for a wood effect. Place a few chocolate shavings and pieces of marrons glacés on top, and dust with icing sugar.

From the traditional to the inventive, these are the little doors we hope to be opening this advent.

Gifts synonymous with style and luxury. What more could you ask for when shopping at this heritage brand.

Try your hand at these beautiful, personal and delicious edible presents. 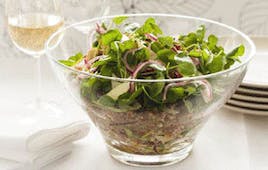 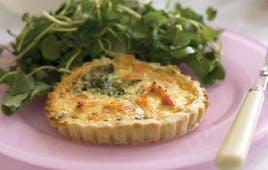 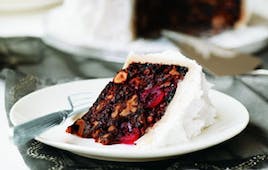 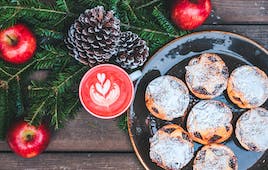