In 1605, thirteen young men planned to blow up the Houses of Parliament. Among them was Guy Fawkes, Britain's most notorious traitor. In time for Bonfire Night, we’ve curated a hearty list of websites to keep you up to speed on the tradition. 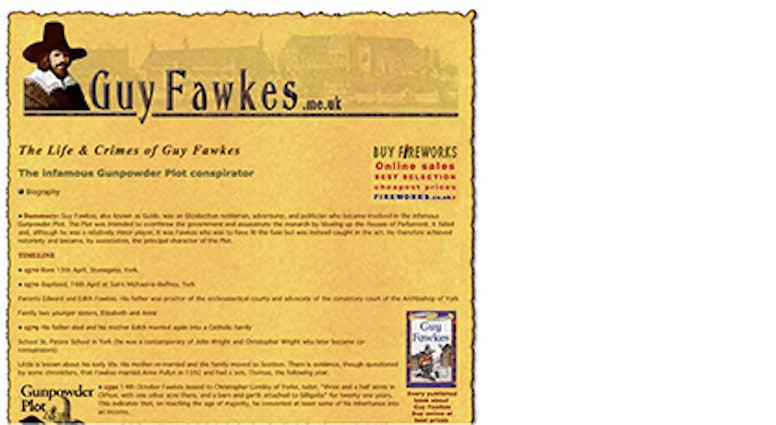 A page dedicated to the historic profile of Guy Fawkes -  Guy Fawkes, also known as Guido, was an Elizabethan nobleman, adventurer, and politician who became involved in the infamous Gunpowder Plot. The Plot was intended to overthrow the government and assassinate the monarch by blowing up the Houses of Parliament. It failed and, although he was a relatively minor player, it was Fawkes who was to have lit the fuse but was instead caught in the act. He therefore achieved notoriety and became, by association, the principal character of the Plot.

The website features a handy timeline and links to the various celebrations held in the UK to commemorate the event. 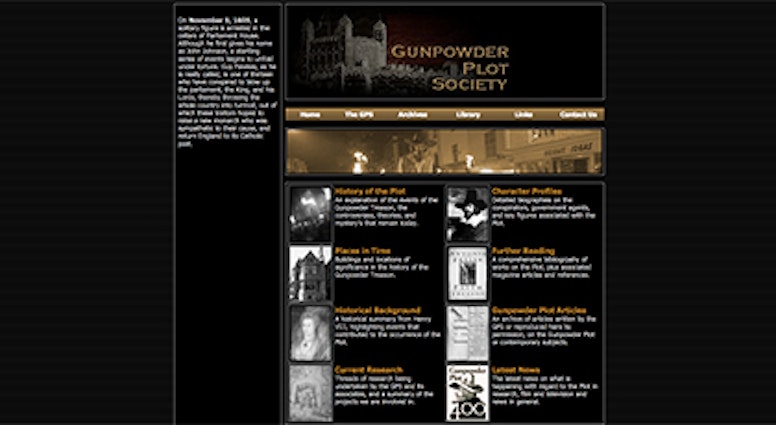 The Gunpowder Plot Society was formed in 1995 with the intent to create an entity that would become a vehicle for greater public understanding of November 5th 1605.

Intent on exploring new ideas, going back to original material, providing unbiased thought and opinion, and access to the largest collection of plot related material online, the reputation of the group grew within the historical community, and the GPS were soon being called upon by the media to provide assistance in film, television, radio and print, particularly on an annual basis in the lead up to the celebrations.

The list of consultations include BBC, Thames Television, Carlton Television, Wall to Wall Television, Cromwell Films, National Geographic, The Institute of Explosives Engineers, The House of Commons, The Guardian, The Institute of Historical Research, and the University of Warwick. In 2004, the Gunpowder Plot Society and founder members Jennifer O'Brien and Douglas Burbury were rewarded with citations in the Dictionary of National Biography.

In time, the Society has grown its unofficial circle of associates to over 500, which includes respected authors, historians, academics, genealogy experts, and general enthusiasts. 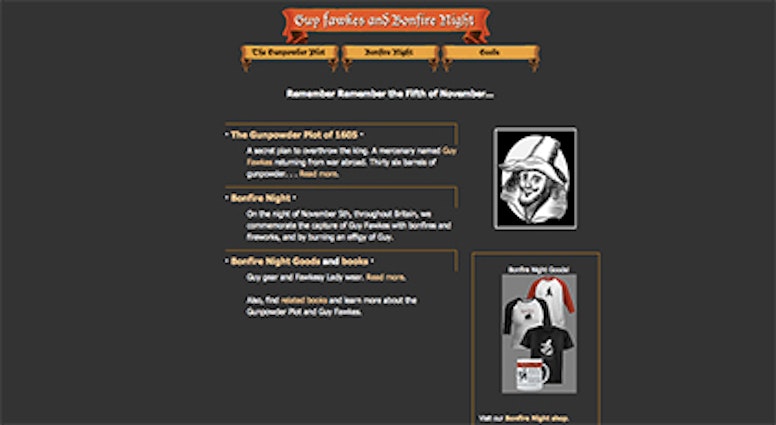 This site is dedicated to the history, tradition and culture born around Guy Fawkes and the Bonfire Night. It offers plenty of information and it also features a section dedicated to books and merchandising. 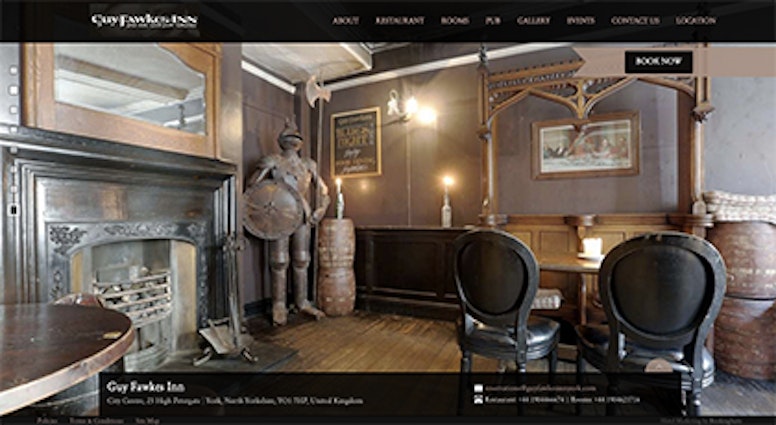 Guy Fawkes' story began long before that fateful day in 1605 when he was arrested for attempting to blow up parliament.

This spot claims to be Guy's birthplace, where the notorious plotter was born in 1570 and was baptised in the church across the street. Today there's a pub with rooms, real ales, traditional pub meals, gas-lamps and timber floors which combine with the building's heritage to create one of the most characterful pubs in Britain. 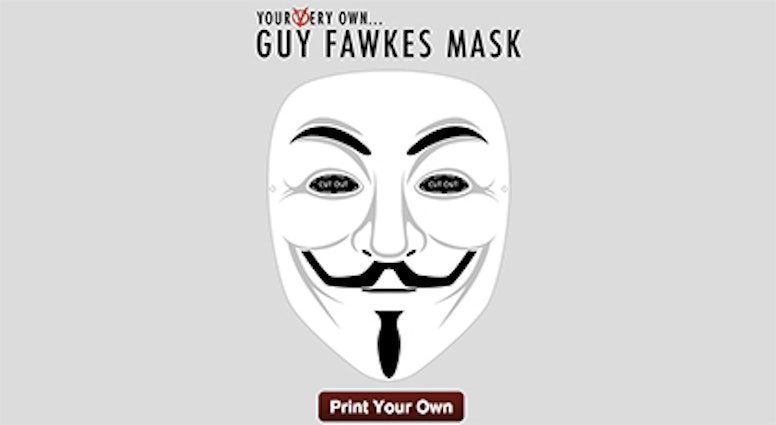 Political activists sometimes wear Guy Fawkes masks to protect their identity. These masks were inspired by Alan Moore's dystopian 'V for Vendetta', the 1988 graphic novel which is loosely based on the story of Guy Fawkes. In 2006, the 4chan meme Epic Fail Guy picked up a Guy Fawkes mask out of the trash and put it on. Since then, Anonymous has adopted the mask wearing it to such smashing events as the Scientology and Occupy Wall Street protests.

Here, you can print the mask for free.