Why are women missing on Wikipedia? Gender gap addressed.

Why are women missing from the treasure trove that is Wikipedia? Is the internet sexist? Is history repeating itself and airbrushing women’s achievements? Such was the debate that prompted December 2016's BBC 100 Women edit-a-thon encouraging users to add their own Wikipedia articles about inspirational women. The site’s founder, Jimmy Wales, wants to solve the gender gap problem and is calling for a more inclusive and diverse community of editors. ‘Women feel less confident in their expertise; experience more discomfort with editing others’ work, and receive more negative responses to critical feedback compared to men,’ according to the study ‘Where are the Women in Wikipedia?’

Before the edit-a-thon, fewer than 17% of notable profiles on Wikipedia were of women and most of the volunteer editors were men. In just one day, 400 profiles of women were added or updated by contributors, including celebrities Amal Clooney and Meghan Markle, across the globe.

‘It is one of the worlds most popular websites. A source of information on many things but there is one area where Wikipedia – the online encyclopedia – is severely lacking. This is articles about and by women. This is something the organisation is trying to tackle and today they have teamed up with the 100 women season to do something about it.’ (BBC World Service Radio)

Want to do your bit to help women take over Wikipedia? Create your own account and give impressive women their rightful place in history online.

The co-founder of the ethical luxury fashion label, Beulah London, talks about online shopping, the power of social media and keeping terrible twos' tantrums under control. 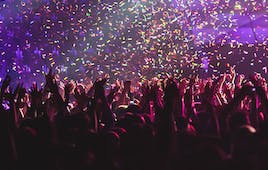